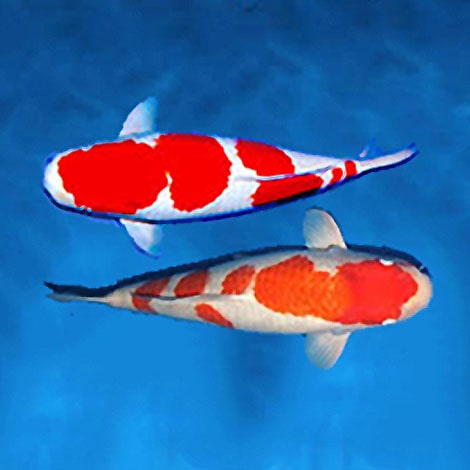 How can I tell if I have male or female koi?

A: If only koi were as easy to sex as a pair of peacocks! Like those fanciful birds, koi are sexually dimorphic – meaning the males and females look and behave differently – but it's not an easy distinction to discern. They grow to roughly the same size and they both have colorful scales, yet there are subtle differences if you know where to look. With these clues, you'll know whether to name your finned friends Fred or Frieda.

Clue #1: Age
Koi are easier to tell apart when they're mature, and so your first clue will be age – which is related to their length. They're considered mature (3 years old) when they're about 10 inches long. If they're between 3 and 10 inches, they're still juveniles and may be difficult to sex.

Clue #2: Body Shape
Immobilize your koi by capturing it in your pond net and take a look at it from above. A mature male koi will have a slender looking body, while a female koi will have a rounded body, particularly when it's spawning season and she's carrying a nest full of eggs!

Clue #3: Fin Shape
Next, examine your koi's fins. A male koi's pectoral fins, the ones near his head, will appear pointed and solid in color. In addition, the first ray of his pectoral fin may be more substantial when compared to his female counterpart, which will display rounder fins.

Clue #4: Tubercles
During breeding season, you may see little white growths, called tubercles, on male koi's heads and pectoral fins. They're perfectly natural and will disappear once the fish have finished getting frisky. Females don't develop these protrusions.

Clue #5: Behavior
One final – and obvious! – clue: amorous behavior. When they're not mating, they behave very similarly, but during mating season, the male koi will chase the female, encouraging her (sometimes enthusiastically) to release her eggs so he can fertilize them. After all that frolicking, the happy pair will benefit from some The Pond Guy Stress Reducer Plus, which will help heal any damaged tissue.

It's not easy to distinguish the male and female koi, but with these tips and clues, you'll know your Freds from your Friedas in no time!